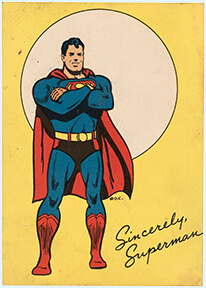 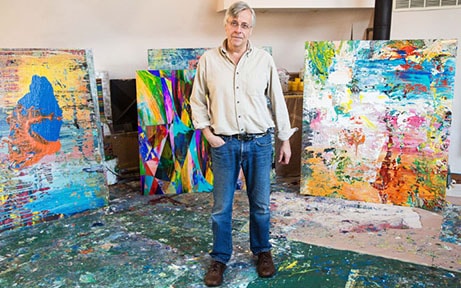 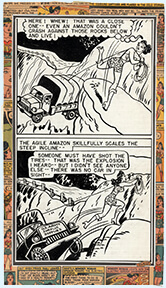 For many collectors there is an art form in the way in which we display our collections. Dan Makara has taken this to a different level with his unique approach to the outstanding pieces of Golden and Silver Age comic art in his collection, as a way to honor the medium’s masters. Makara is an artist in his own right and it is through these channels that he built personal friendships with many of the greats from comic history’s earliest years. This not only afforded him the opportunity to commission entirely unique pieces of art, but also provided him with a rare insight into the creative process from many of DC Comics/National Comics Publications’ greatest draftsmen.

As a child in the 1960s, Makara was immediately drawn to the dynamic energy and vivid colors that comic books offer and as he grew as an artist, he became more aware and appreciative of the skill involved in the production of those favorite early books. As he began to acquire original art pieces, his love of bold palettes from the published comics remained, so much so that he began designing custom matting and frames for each piece that not only provided a vivid contrast to the black and white line work, but also furthered the unique appeal of the one-of-a-kind artwork by blending the subject matter into the framework. Makara has decided to part with some of these fantastic heirlooms in hopes that future generations can share in his appreciation for talented creators whose work – and friendship – meant so much to him.

And speaking of friendships, a close personal friend of Makara's also happened to be a comic book legend – Irwin Hasen. As a tribute, Makara created this eye-opening documentary about Hasen.

For more information on Dan Makara the artist, check out this video biography.