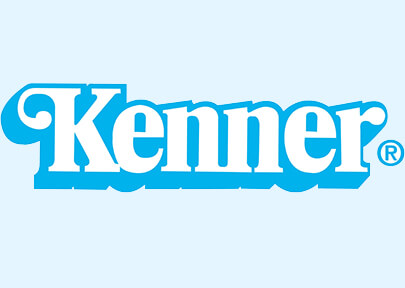 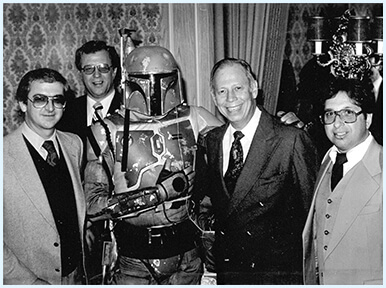 One important aspect of collecting is provenance. Finding out the history of a piece is sometimes just as exciting as tracking it down and adding it to your collection. With that, we are happy to offer items from the collection of Kenner Eastern Regional Sales Manager Lee J. Goldman (seen in above photo, to right of Boba Fett). Goldman was hired by Kenner in 1949 and put in charge of sales.  He was instrumental in growing the company which included creating new product concepts in those early years.  As a man on the inside, Goldman was present during much of Kenner’s output from the 1950s and into the ‘80s, being a key driver in getting Kenner products onto store shelves and into the homes of children. Additionally, Goldman was responsible for hiring and training many of those who went on to senior positions within the toy industry. After 35 years with Kenner, he retired as Kenner’s Eastern Regional Sales Manager.