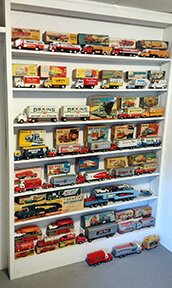 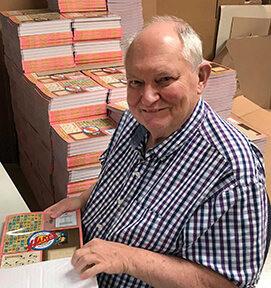 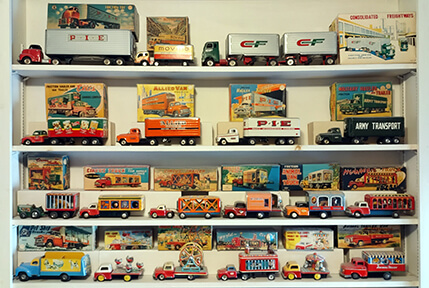 Deak’s first foray into collectibles was Art Deco in the early 1970s. Disneyana soon followed and for the next three decades he amassed an exceptional collection of vintage items for Mickey Mouse and the Disney gang. Along the way he also got into Japanese tin trucks, buying them at toy shows and auctions. He was particular, boxed was always preferred, and subject matter counted a great deal as well. He especially liked those advertising an actual company or product, but also liked circus, amusement and other whimsical wheeled vehicles. When he sold his Disney collection over a decade ago, he ramped up his truck collecting. It brought him great joy tracking down these toys, which reminded him of his pre-Hake’s career in the trucking industry. We hope the winning bidders revel in as much delight adding these to their collections as Deak did his.