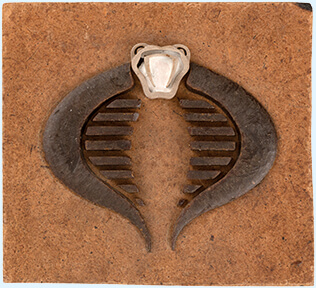 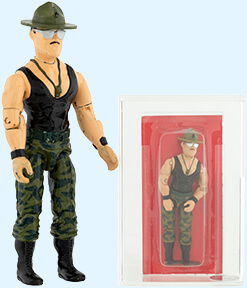 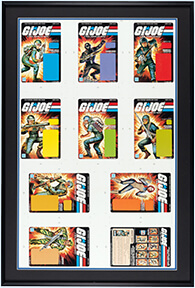 A collector since childhood, Bill Byers was drawn to toys from companies like Kenner and Hasbro, his collecting desires further spurred by the toy companies’ savvy marketing technique of showing the other toys in the line on an individual toy’s packaging. “I had to collect them all” says Byers.

As an undergraduate at Ohio State, Byers became fascinated by the production of these treasured toys from his childhood, learning all he could about the artists and their craft as well as what went into the design, sculpting and packaging layout of these toys, supplemented by knowledge shared through toy magazines and collector friends met online.

Born in the mid-1970s, Byers was an avid Mego fan, but upon the release of smaller scale figures like Kenner’s Star Wars and Hasbro’s G.I. Joe: A Real American Hero toylines, he was quickly drawn in.  Collecting them from their introduction in 1982, Byers was drawn to the dynamic, action-packed packaging art, and was hooked after picking out the R.A.M motorcycle and Rock-N-Roll figure after a doctor’s appointment. Asked what favorite piece is, he quickly replied “The Skystriker! The F-14 Tomcat was the plane of my youth and symbolized American air superiority during the Cold War. Unwrapping that toy at my birthday party is a very vivid memory. And Ace had a parachute! How cool is that?”

Branching out into figural and packaging pre-production pieces from Star Wars, Super Powers and G.I. Joe with the help of local store The Earth and his internet contacts, a growing collection began to form. Asked what his favorite G.I. Joe pre-production piece is, Byers replied “The Sergeant Slaughter 2-Up Paintmaster is my favorite piece. It captures so much of the pre-production process. I’ve always loved the character - as a professional wrestler, his personality in the cartoon, and the excitement of mailing away for the first version of the Sarge figure!” This piece is up for bid in the current auction along with other great items from the Bill Byers Pre-Production G.I. Joe Collection and is a must-have for Joe fans.

But don’t worry, Byers is far from finished collecting. “I’ll never stop pre-production toy collecting. We’re all just curators of these pieces of nostalgic art and history for a period of time. Allowing others to enjoy the pieces and refresh my own collection is part of the fun for me. Knowing these pieces will go to other collectors that will treasure them is half the battle! Yo Joe!” 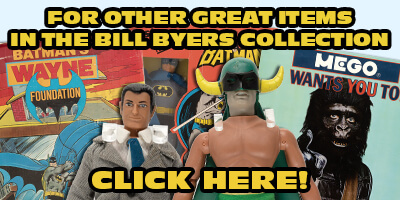